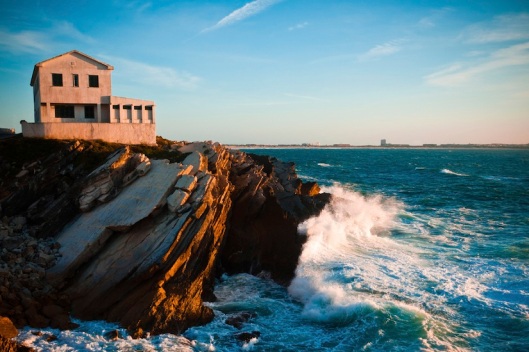 Unless the Lord Builds the House

As I look at the landscape of my life and all of its projects, I see the House that I have built. I honestly have to inspect the work of my hands, and ask myself, “Is this what God asked me to build or the building of my own design?” Sometimes the enemy of God’s best is our good. The question is not whether I am capable, or can I do something? The question is really ,”Should I do that, and did God ask me to do it?” Our own talent and abilities can get in the way of our focus on what truly we are called to do, and specifically what is required for this season. Each season has a specific focus, a required action, a responsibility for its accomplishment, and the fruit evident of its labor. In our human efforts, we tend to find patterns, learned skills, and rely on our old habits or ways of doing things, which do not necessarily apply to all seasons, or to the specific season we are in.

Are you carefully building from the blueprint of God’s Word, referring to it often to check its validity and adherence to its design, or have you fallen back to your pattern of doing things, your old mindsets, your mastery of carpenter skills, and your historical track record of previous efforts resulting in old fruit?

I believe this is a time to go back to the blueprint, and see how the Author, the Master Carpenter, intended to build his House with Living Stones, built first with the Cornerstone Himself Jesus Christ, and upon the Foundations of His Word and His Living Apostles.

16 So this is what the Sovereign Lord says:
“See, I lay a stone in Zion, a tested stone,
a precious cornerstone for a sure foundation;
the one who relies on it
will never be stricken with panic. Isaiah 28:16

Jesus said to them, “Have you never read in the Scriptures:
“‘The stone the builders rejected
has become the cornerstone;
the Lord has done this,
and it is marvelous in our eyes’? Matthew 21:42 (Psalm 118:22)

Jesus is
“‘the stone you builders rejected,
which has become the cornerstone.’ Acts 4:11

19 Consequently, you are no longer foreigners and strangers, but fellow citizens with God’s people and also members of his household, 20 built on the foundation of the apostles and prophets, with Christ Jesus himself as the chief cornerstone. 21 In him the whole building is joined together and rises to become a holy temple in the Lord. 22 And in him you too are being built together to become a dwelling in which God lives by his Spirit. Ephesians 2:19-22

2 I saw the Holy City, the new Jerusalem, coming down out of heaven from God, prepared as a bride beautifully dressed for her husband. 3 And I heard a loud voice from the throne saying, “Look! God’s dwelling place is now among the people, and he will dwell with them. They will be his people, and God himself will be with them and be their God.

The New Jerusalem, the Bride of the Lamb
9 One of the seven angels who had the seven bowls full of the seven last plagues came and said to me, “Come, I will show you the bride, the wife of the Lamb.” 10 And he carried me away in the Spirit to a mountain great and high, and showed me the Holy City, Jerusalem, coming down out of heaven from God. 11 It shone with the glory of God, and its brilliance was like that of a very precious jewel, like a jasper, clear as crystal. 12 It had a great, high wall with twelve gates, and with twelve angels at the gates. On the gates were written the names of the twelve tribes of Israel. 13 There were three gates on the east, three on the north, three on the south and three on the west. 14 The wall of the city had twelve foundations, and on them were the names of the twelve apostles of the Lamb. Revelation 21:2-3, 9-14

This is the House the Lord Jesus was building for His Father, the House of Prayer, the Latter House full of His Glory, established in his Glory and a Habitation of His Glory. Jesus established His House, His Church in proper divine order.

13 When Jesus came to the region of Caesarea Philippi, he asked his disciples, “Who do people say the Son of Man is?”14 They replied, “Some say John the Baptist; others say Elijah; and still others, Jeremiah or one of the prophets.”15 “But what about you?” he asked. “Who do you say I am?”16 Simon Peter answered, “You are the Messiah, the Son of the living God.”17 Jesus replied, “Blessed are you, Simon son of Jonah, for this was not revealed to you by flesh and blood, but by my Father in heaven. 18 And I tell you that you are Peter, and on this rock I will build my church, and the gates of Hades will not overcome it. 19 I will give you the keys of the kingdom of heaven; whatever you bind on earth will be bound in heaven, and whatever you loose on earth will be loosed in heaven.” 20 Then he ordered his disciples not to tell anyone that he was the Messiah. Matthew 16: 13-20

You see, Jesus knew who Peter was, but Jesus, who was in divine order with his Father, waited for the revelation of the Father as to who Peter was. Jesus then agreed and acknowledged Peter as the Rock He would build His Church upon. What rock? The Chief Cornerstone Jesus Himself and the foundations of His Apostolic governmental order set in Divine Order by the Architect Himself! So if Jesus builds according to the Architect’s blueprint and design, shouldn’t we? And what exactly is the House Jesus is building in the earth?

7 these I will bring to my holy mountain
and give them joy in my house of prayer.
Their burnt offerings and sacrifices
will be accepted on my altar;
for my house will be called
a house of prayer for all nations.” Isaiah 56:7

11 In that day will I raise up the tabernacle of David that is fallen, and close up the breaches thereof; and I will raise up his ruins, and I will build it as in the days of old: Amos 9:11 KJV

11 “In that day “I will restore David’s fallen shelter—
I will repair its broken walls and restore its ruins—
and will rebuild it as it used to be, Amos 9:11 NIV

Not only is Jesus building a house of prayer, but he is rebuilding it as it used to be, it is filled with a greater glory than that recorde

d in the former house, Solomon’s Temple, and it will house worshipers that worship the Father in spirit and in truth.

Jesus is not coming back for anything less than what He established in the earth. He is not coming for a lesser glory or a house built upon other foundations than what He built while He was here. Man’s structures and man’s programs cannot support the weightiness of the Shekinah Glory that fill the Latter House of Glory. Bottom line, He is not coming for a visitation, but a habitation of Glory. He doesn’t just want to visit and then have to leave, He wants to come and reside, dwell, inhabit, abide, and live among His People. And He is looking for a remnant people with whom He can tabernacle and be Emmanuel, God with us! Are we those people? Consider the cost before you begin to build, that you may finish strong and well…

See you in the Latter House of Glory,

Hello, my name is Raelynn Parkin, and I am an ordained worship leader and co-founder of Bride Song Ministries, along with my husband Paul. I am also a singer, pianist, author, teacher, composer, recording artist and worshiper of Jesus Christ! My heart is to raise up the worshipping priesthood and to equip them to carry the glory of God, manifesting in the Church today! Our mandate is to prepare the Bride for the Return of the King Jesus! Join us at our worship events and partake of our articles and teachings to help you deepen your worship knowledge and experience!